Save 10% off your first purchase

Sign up today and we'll send you a 10% discount code towards your first purchase. 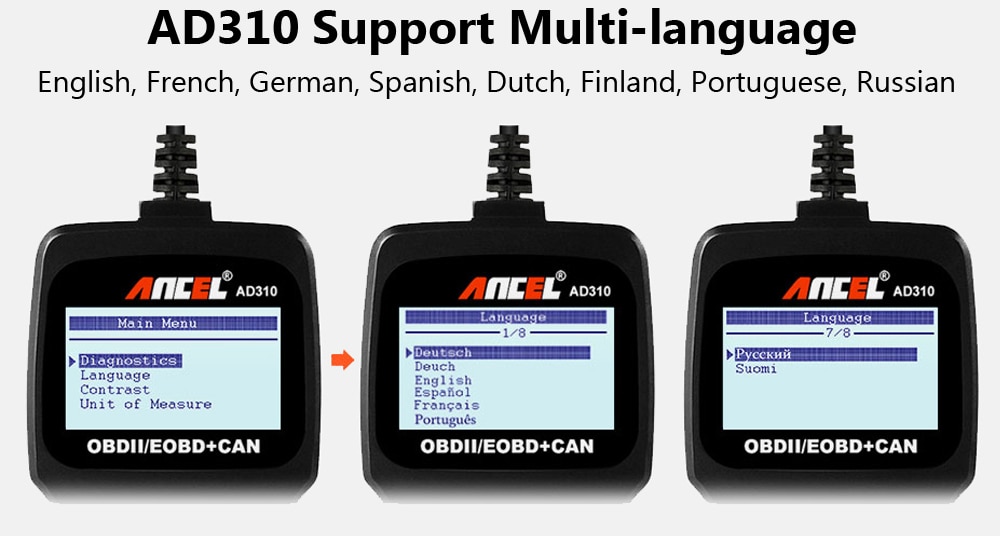 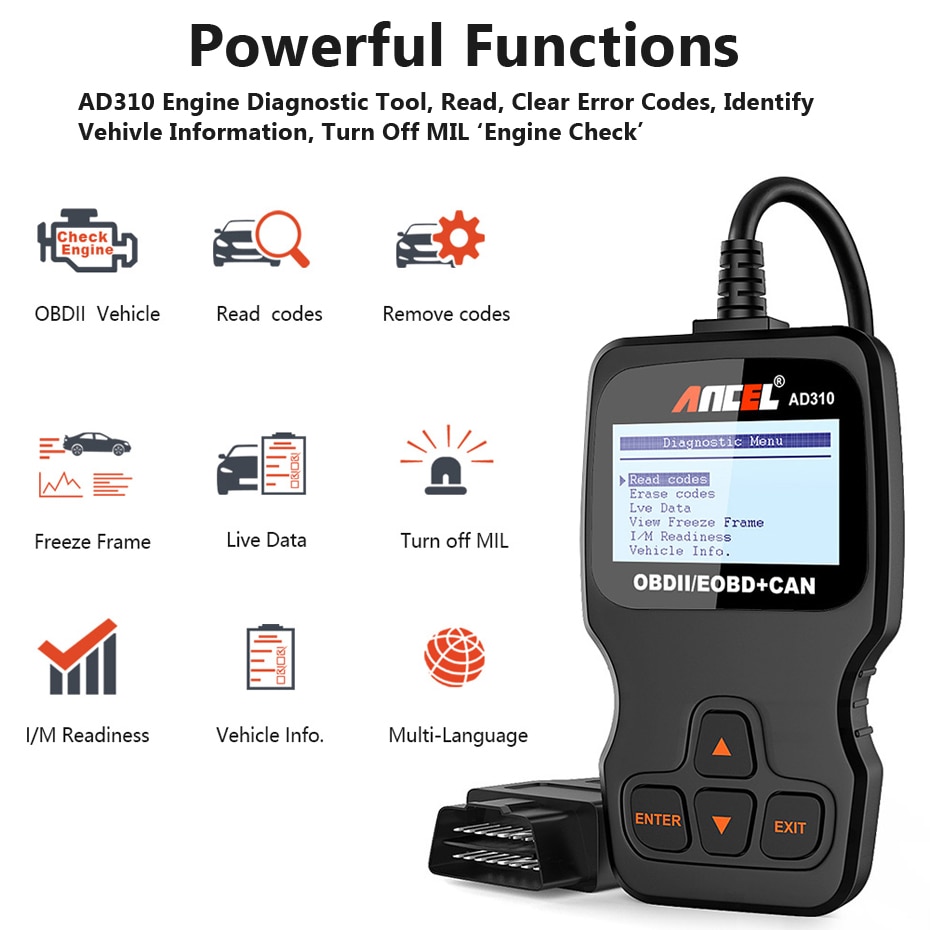 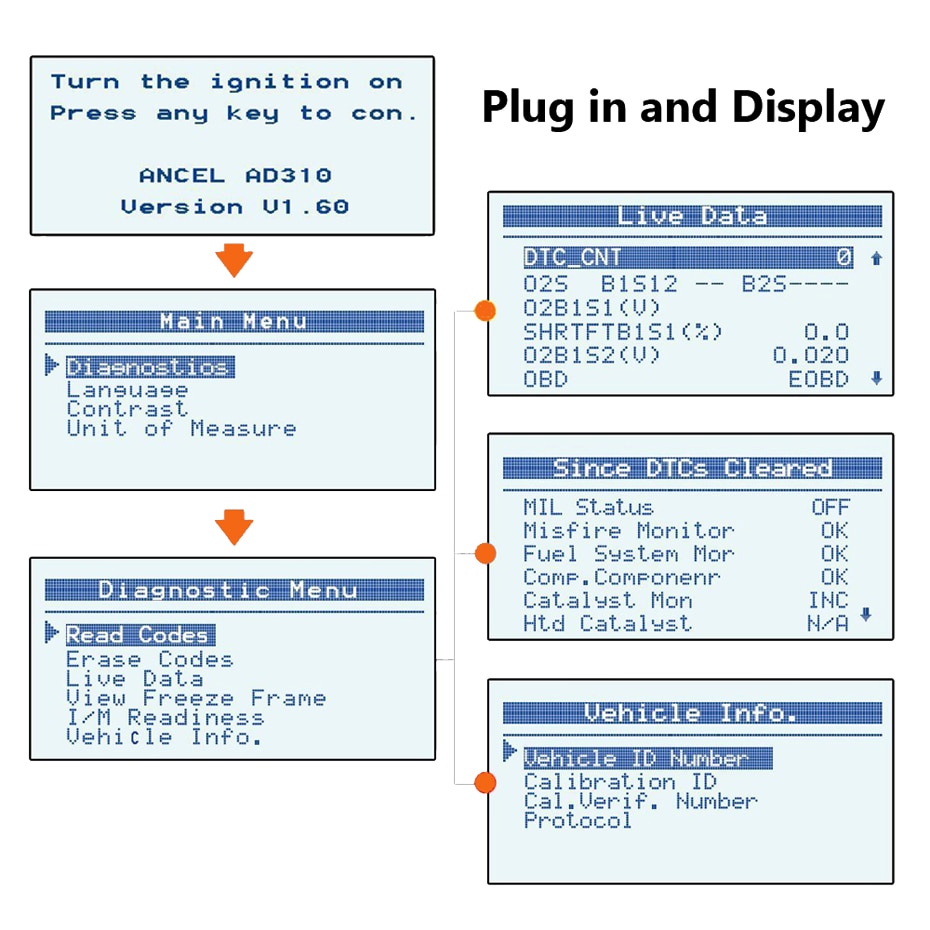 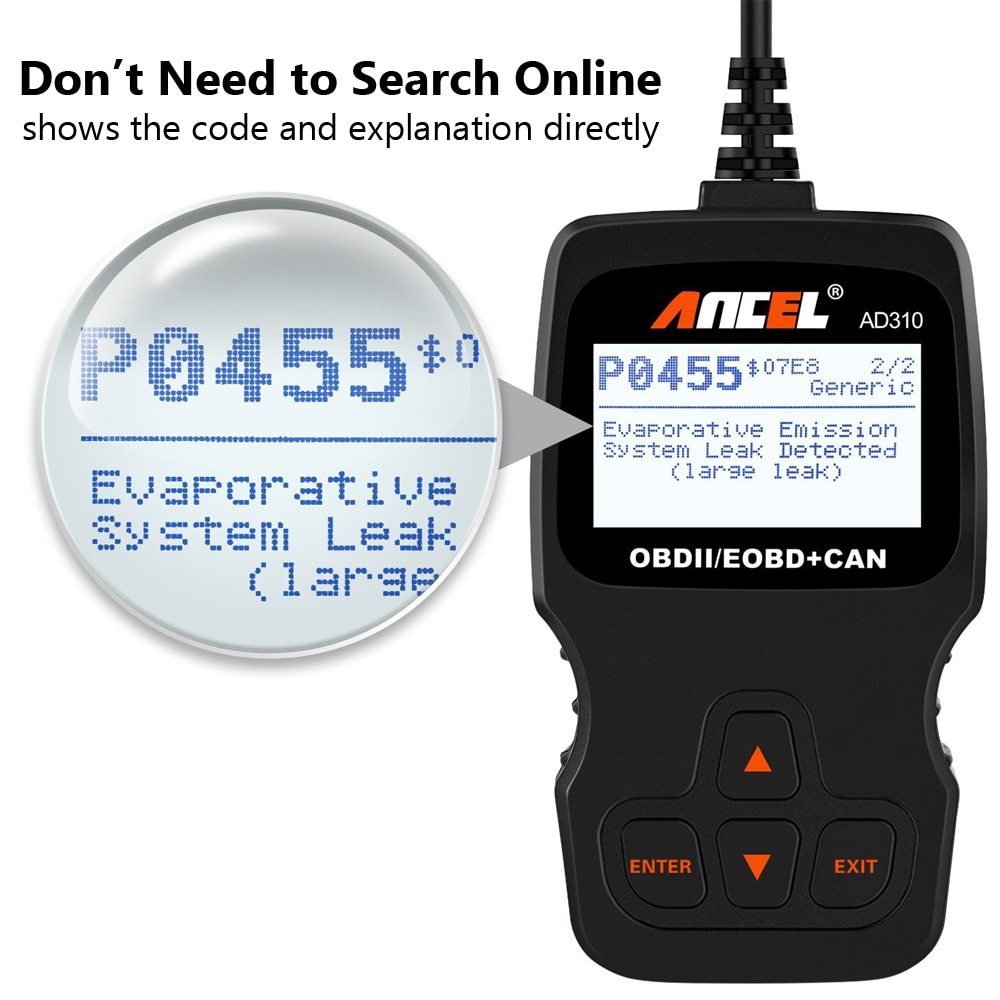 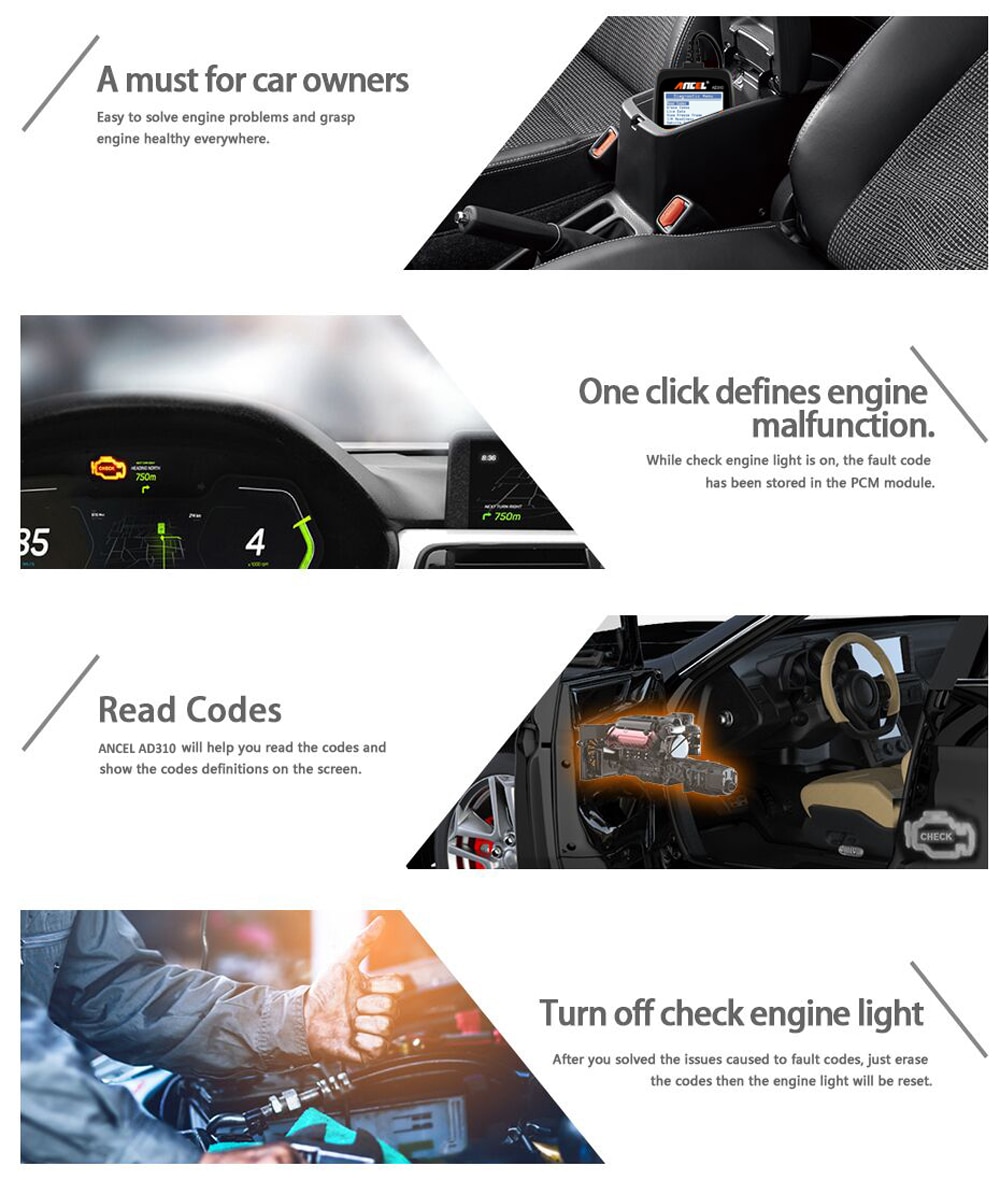 American (USA) car
Compatible with Standard OBD2 Cars from 2001 to Now:
for Chrysler, for Ford, for GM, for Jeep

European car
Compatible with Standard OBD2 Cars from 2004 to Now:

for KIA, for Isuzu, for Honda , for Mitsubishi, for Hyundai, for Dacia, for Lexus , for Mazda, for Nissan, for Subaru,  for Suzuki, for Toyota

Chinese car:
Compatible with Standard OBD2 Cars from 2008 to Now:
for BYD, for Chery, for Geely,  for Great Wall,  for Karry

Does Not work with Trucks, Pickups, Vans

2, Start the engine (ignition), the tachometer will point around 0.7

3, Chose the diagnostic menu as you want 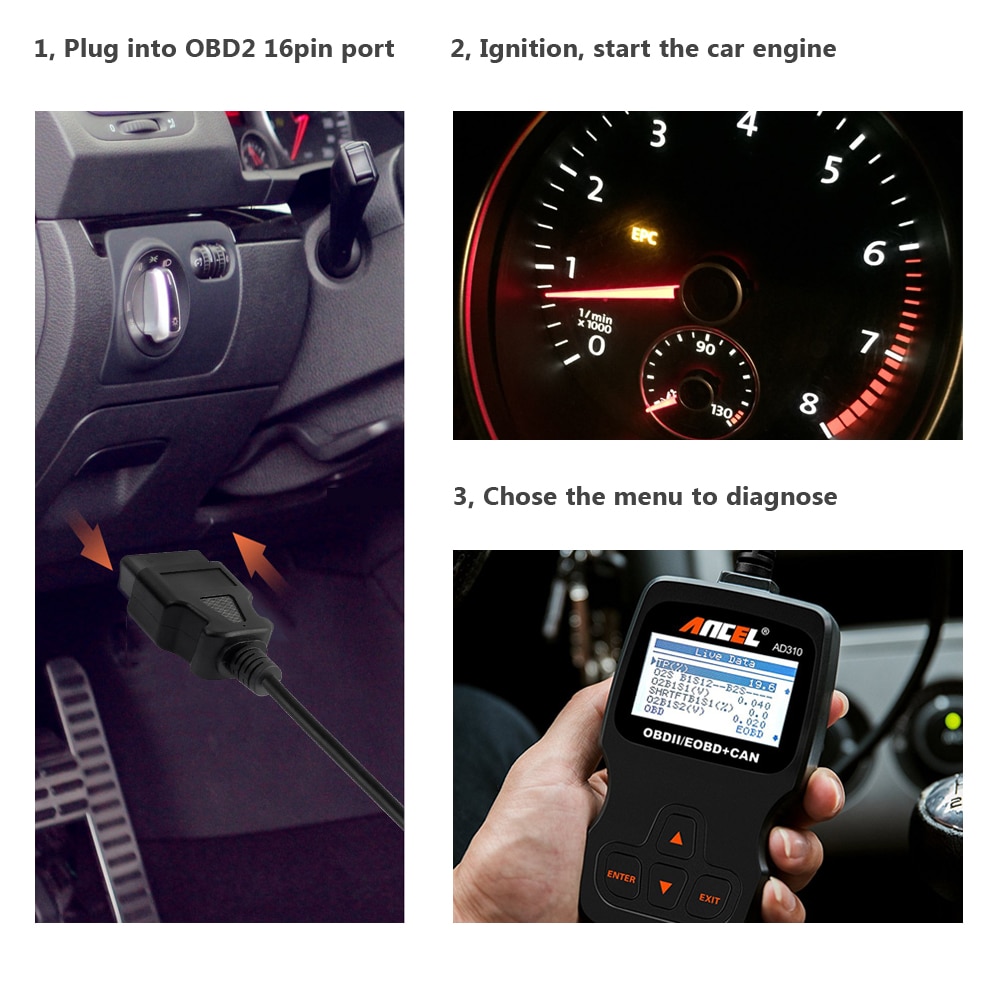 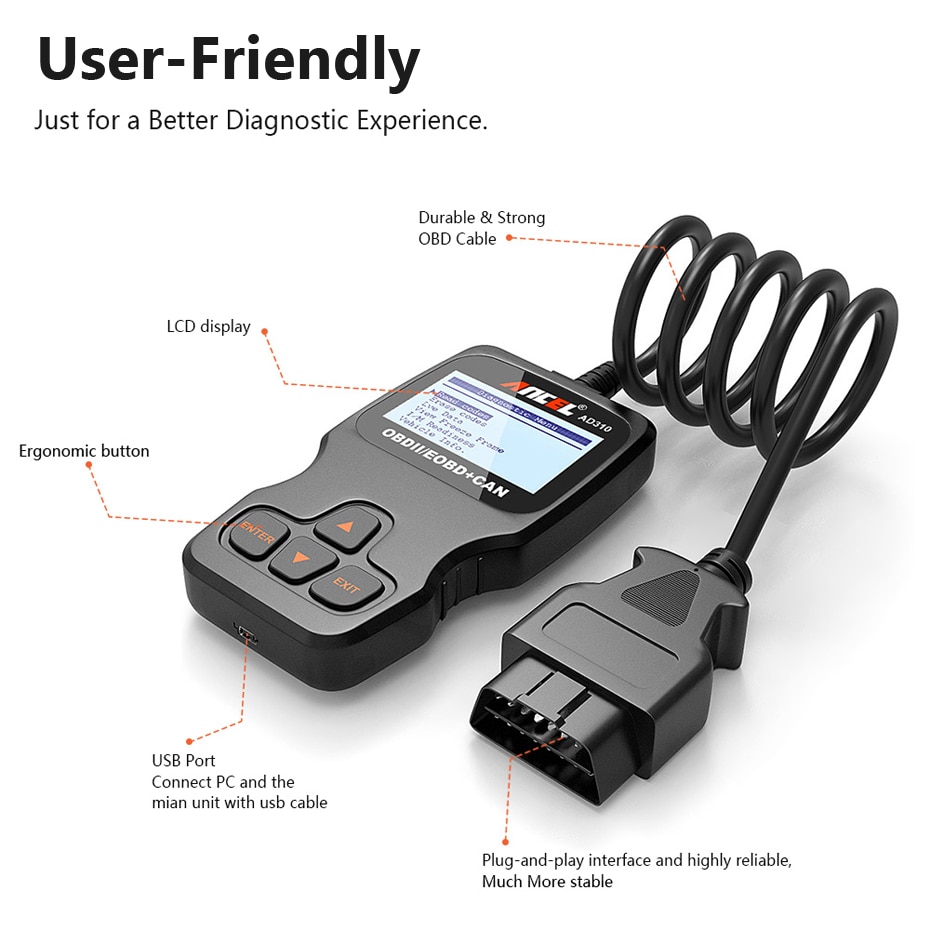 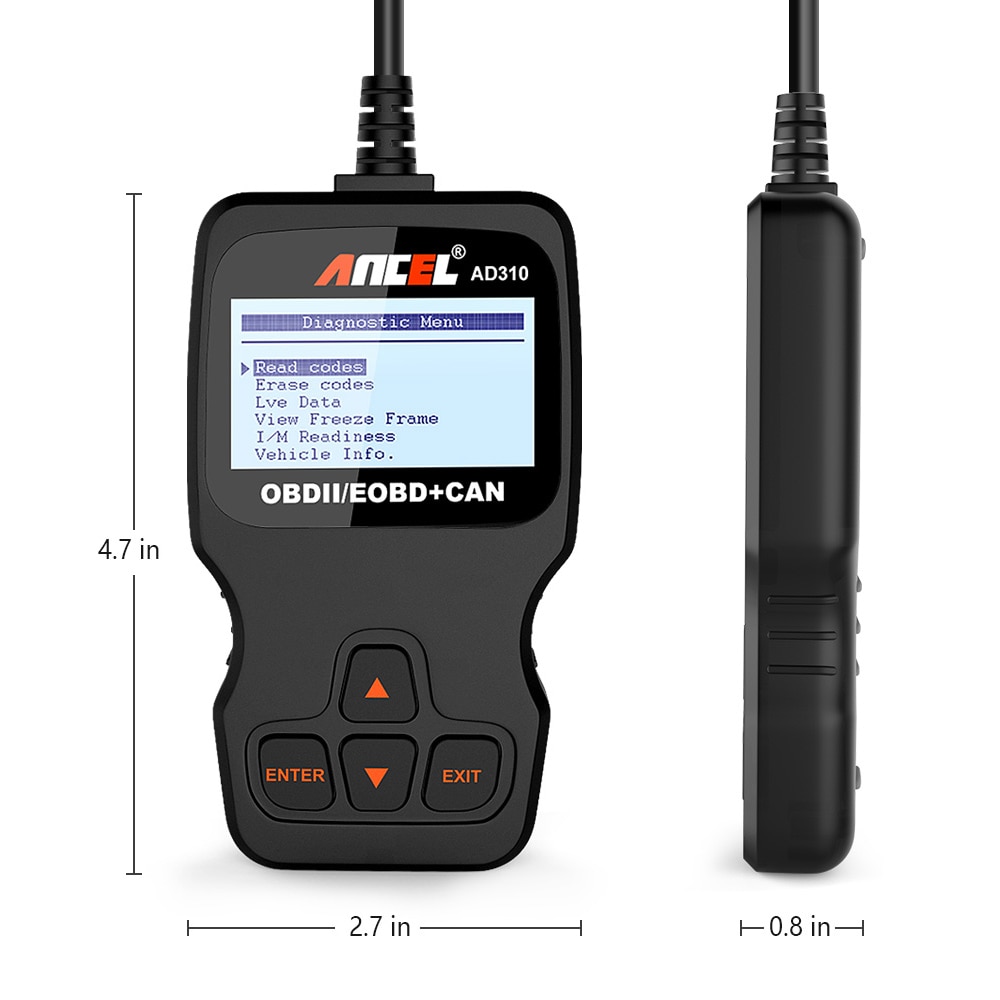 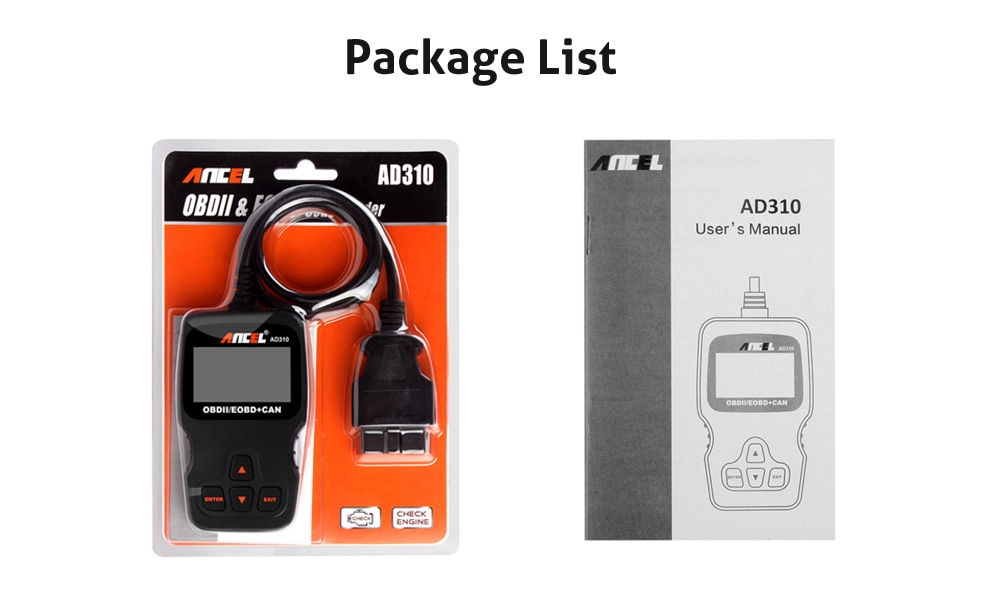 Noticed: there is a protection film on the screen, please tear it before use

the USB port is for the facotry use, please do not use it, thank you